You have decided to learn Python and we can only congratulate you. We will try to anticipate your questions and leave nothing behind.

In this chapter, we will first explain what a programming language is. We will then briefly see the story of Python so that you at least know where this language comes from! This chapter is theoretical but we urge you to read it anyway.

The final section will cover the installation of Python, an essential step to continue this tutorial. Whether you are working with Windows, Linux or Mac OS X, you will find precise explanations of the installation.

A programming language? What is it?

Python is a programming language, the first version of which was released in 1991. Created by Guido van Rossum , this language was named in tribute to the troupe of comedians “Monty Python”. 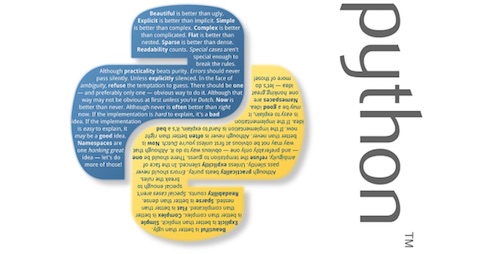 What can Python do?

Python is a powerful language that is both easy to learn and rich in possibilities. From the moment you install it on your computer, you have many features built into the language that we will discover throughout this series.

It is also very easy to extend the existing features, as we will see. Thus, there are so-called libraries that help the developer to work on particular projects. Several libraries can thus be installed to, for example, develop graphical interfaces in Python.

Concretely, that’s what we can do with Python:

Here are some of the features offered by Python and its libraries:

Of course, you will not learn to do all this in minutes. But this course will give you bases broad enough to develop projects that can become, thereafter, quite important.

Yes, you will have to wait a little longer because we have two or three things to explain to you, and we are convinced that it is important to know a minimum of these details that may seem impractical at first glance.

Python is an interpreted programming language, meaning that the instructions you send to it are “transcribed” in machine language as they are read. Other languages (such as C / C ++) are called ” compiled languages ” because, before they can be executed, specialized software is used to transform the code of the program into machine language. This step is called ” compilation “. Whenever you change the code, you must recall a compilation step.

The advantages of an interpreted language are simplicity (we do not go through a compilation step before running its program) and portability (a language such as Python is supposed to work on Windows as well as on Linux or Mac OS, and one should not have to make any change in the code to move it from one system to another). This does not mean that the compiled languages are not portable, far from it! But we must use different compilers and, from one system to another, some instructions are not compatible or behave differently.

When the Python Software Foundation was created in 2001, and in the years that followed, the Python language went through a series of versions that were included in the Python 2.x (2.3, 2.5, 2.6 …). Since February 13, 2009, version 3.0.1 is available. This version breaks the backward compatibility that prevailed in the latest versions.

The point is that a program that runs under a certain version will always work with the new version. However, the Python Software Foundation, observing a good number of obsolete features, implemented several times … decided to delete the entire project. A program that runs perfectly under Python 2.x will need to be updated to a minimum to run again under Python 3. That’s why we will advise you later to download and install the latest version of Python. I will indeed focus on the features of Python 3.

That being said, let’s move to the installation!

What is Python used for?

With Python, small programs can be developed quickly and easily. But also for big developments, Python is well suited because of its object orientation. Therefore, Python can be used as a Rapid Application Development (RAD) tool as well as a system administration scripting language.

Python has been consistently developed object-oriented from the beginning. Therefore, there are not the inconsistencies that traditional languages bring with them, which object orientation was later “grafted” on (C ++, Object Pascal, Perl). But – unlike Java or Smalltalk – no one is forced to program object-oriented. Python, like Oberon-2, is also an excellent procedural programming language.

Somehow, Python also seems to have roots in the field of artificial intelligence. Functional programming constructs that have made Lisp, Scheme or even Mathematica popular, namely, are also integrated into Python.

Installing Python is child’s play, both on Windows and Unix systems. Whatever your operating system is, you must go to the official Python site .

If your computer tells you it can not run the program, try another version of Python.

Catch Up With Our Most Recent Posts
Categories