If you look at the summary of some designers, and then in their portfolio, and then again in the resume, you will get the impression that they do not particularly understand the difference between UI and UX. In fact, this is a common problem not only among designers but also among employers, ranging from small studios to large corporations.

Now we will try to understand the terms and nuances, but before we go too far, there is a need to make some clarity immediately. UI design – quite a “real thing”, UX design – does not exist.

Therefore, a fashionable combination of UI / UX designer in the resume, it means only that the designer has not yet figured out the intricacies of his or her profession.

Now let’s talk about everything in order.

UI – user interface – a tool that allows a person to interact effectively with any product: site, application, software, etc. And, it is important to understand that the interface means not only the cosmetic but also the logical component. Many designers prefer to forget about this, shifting responsibility to the analyst/designer.

Therefore, a thoughtlessly drawn interface is not a design, but crap.

In a nutshell: I specialize in interfaces, I also like the subject and graphic design, do: identity, infographics, UX / UI-design of Internet projects and applications. 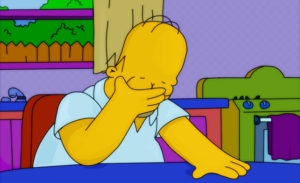 UX – a set of measures aimed at solving a specific user problem. This includes the development of user interfaces (UI), the creation of an information architecture and strategy, usability testing, and many, many analytics.

For the most part, designers are directly involved in UI. For everything else, there are specially trained people. Testers, analysts, Internet marketers and other representatives of the IT industry.

We will give an example to bring even more clarity.

Suppose that we have a friend in our acquaintances – Jason. He wants to upgrade his old car, but he has a small problem – no money. 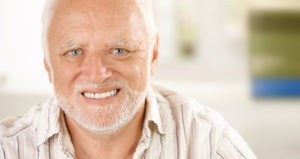 We also assume that there is a certain bank that has the necessary amount, but there is another problem – Jason is not around. Accordingly, the task of UX specialists of the bank is to solve the problem of Jason namely, to turn him into a client and issue a consumer loan.

After all the analytical and marketing procedures, Jason appears on the bank’s website and here the UI designer comes into play. His task is to make sure that Jason not only found a button “apply for a loan”, but did not leave the site in filling the application process. Moreover, the designer must create an environment where Jason stays on the site long enough to provide his contact details so that even if he leaves, the bank manager can call him and offer him a loan.

We can make a logical conclusion that UI and UX are inextricably linked. UI without UX – just a set of assumptions made by the designer, based on their own experience and competence.

Catch Up With Our Most Recent Posts
Categories